Home Cogito Colin Kaepernick has us talking, and that’s the whole point.

Colin Kaepernick has us talking, and that’s the whole point. 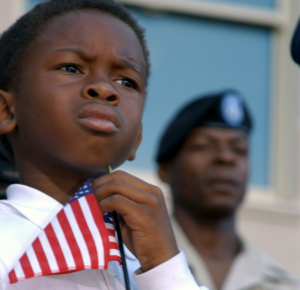 This Nike situation reminds me… Very recently, my niece decided to not stand for the pledge along with everyone else at her school during her senior year. She did it for some time to see what would happen. She noticed that no one said boo to her.

However, shortly before she started doing it, a student of color chose not to take the pledge and he had to live through the suspicion and actions designed to single him out and pressure him to be “patriotic”.

I watched her graduation live stream where she stated that many people do not know she is a person of color because she looks White. Whereas her brother, from the same parents but from different cultures, does not. She felt that she got away with what she did because of how she looked, and I find it hard to not believe her.

If you are White in America, you may never see or notice the subtle micro-aggressions that are everyday factors for us. Of course, we succeed in spite of them because thankfully, not every White person in America is racist.

But there is enough of this that people Blacks under suspicion lose their lives unarmed while White people who commit mass murder are taken alive without a scratch. People now feel free to express their uneasiness with a Black person or a Native American person in a place where “they don’t look like they belong”. Then, the police are “weaponized” against them. A man fired shots at a young Black boy when he got lost and knocked at his door to ask for directions. Black people who are experiencing the aftereffects of being in car accidents have to not act distressed lest they be seen as threats. Even a Black therapist there to keep a police officer from shooting a White child with special needs got shot, and the cop admitted he did not know why he pulled the trigger.

Some people (even people of color) think that Black people are more suspect and likely to do violence. This is called “implicit bias” and it works against people who look like me. Facts back this, so not interested in any debate. I am not being anecdotal.

Please don’t tell me Colin Kaepernick does not need to kneel. Instead, do what you can to address the reason he does. His kneeling is a symptom. It is not the problem.