Home Cogito Be kind whenever possible. It is always possible.

Be kind whenever possible. It is always possible. 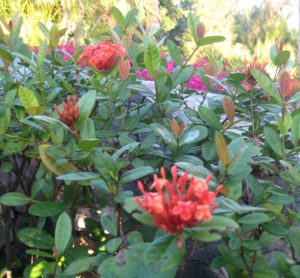 The economy is slowly coming about, like a cruise ship in the harbor. First pushing away, then turning slowly on an axis, seemingly getting nowhere at all, but motors thrumming and making progress just the same. Once the vessel is pointed in the right direction, it departs for its next destination. Anyone who’s ever turned away during this process, may be surprised to know that the ship is moving at all, as it negotiates its way into the right position to move on. Granted, in the case of the economy, the crew at times seemed to be doing more squabbling than anything else, but at last, the ship has spun around and is facing away from the dock, ready to move on.

Tough times, to be sure. Those with the most power are in good position to affect change. However, the very human struggle to survive generates a most interesting set of situations:

As Health Care Reform provides access to affordable health care options to those with pre-existing or chronic medical conditions who had previously been doomed to further illness or death (yes, death) — some 50,000 to be exact.  I see people indicating that the program should be scrapped, and devil take the hindmost. They all complain about the rise in insurance rates, which has more to do with high unemployment (fewer people and employers purchasing) and the insurance companies themselves, trying to make up for these shortfalls. Because their insurance rates are rising, they resent those who now have access to this new level of health care. They seem to think it is universally free, but it is not. Ironically, they also want to have lawmakers do away with so-called “Obamacare” (although health care reform as a concept has been around since President Harry S. Truman tried unsuccessfully to add universal health care to his Fair Deal package). So, as they disagree with free health care for people who are not pulling their own weight, they complain about the requirement that able-bodied citizens pay their own premiums if they don’t have health care coverage from another source. I am unsure if they realize that they are contradicting themselves, but I do know that should one of them develop what can be referred to later as a “pre-existing condition,” “Obamacare” may be salvation from the ravages of further illness, financial ruin, or death. Not sure these days which is worse.

As unemployment rages on through families and communities, those who have been unable to secure jobs are labeled as unsavory, lazy, or lacking ambition by many of those who have means of earning a living or happen to be very wealthy. To prove their point, they compare themselves to the “shiftless,” who actually have been discouraged and even discriminated against simply for not being employed. They either remain out of work, collecting unemployment (which only provides for about 36% of the weekly wage — try living high off the hog on that), end up under-employed by taking a job that pays a lot less than they made before, or they exhaust savings while diving headfirst into the full-time of job of finding a job, and perhaps landing one with a decent salary. It’s pretty clear that the first two paths mentioned are more likely than the third. Later, studies emerged which indicated that the long-term unemployed appear to be under-motivated, more likely to not look for work, and depressed. Lawmakers and political pundits beat them to the punch, except they untied the corollary from its theorem: as the “Occupy Wall Street” movement spread from sea to shining sea, its participants were chastised to “get a job” and “take a bath” by a current aspirant to a presidential nomination. In other words, if you are without work, it is not the fault of anyone but yourself. After all, I have a job. You can too, if you really want one. Whether you have been downsized out, laid off, or your company imploded as execs floated into clover beneath their golden parachutes, there is no reason for you not to be working. There must be something wrong with you.

As in many places around the world, the United States Virgin Islands government found itself faced with the decision to lay off government workers. The latest round of layoffs reverberated throughout the territory because of how they were executed. Yes, I used the word “executed.” Because Department of Education employees, including teachers, were terminated in the midst of the work day. Not before or after work, nor at the end or beginning of a workweek. One news report features an instructor who had just sat her class down to read, when she was summoned to a conference at which she was dismissed. She was then directed back to the very classroom where she had left her students, to continue her day as though nothing had happened. How many of us could have? Of course, her students sensed her angst and following a sorrowful day, they helped her pack her things and said goodbye to her. I have my own opinions on where the cuts should have been made, but that’s not the point of this commentary. Could they have not waited until the end of the day or the end of the week? Exit interviews are known for being painful affairs; how could they know what might have occurred in front of the students of an instructor so terminated? Were they willfully trying to compound the loss of the job with the crushing stress of trying to do her duty for the rest of the day in front of her students, who are so tuned in to her vibration that they knew something was terribly wrong? I’d like to think they were unaware of the impact. The fortitude of that teacher to make it home in one piece if she was driving, and face her children, on top of the ratcheting anxiety she had to live with for an entire workday… boggles both mind and spirit.

I am sure that you can add your own examples to this little essay.

Be still for one moment, one second, and know that while we are all in this economy, some of us are struggling and sacrificing much more than others. We cannot save the world, and the situation is daunting. But our frustration with our own impotence should not blunt our hearts, and we should do everything we can to lessen the pain of others… or at least, not add to it. Let us not give up this mission, to offer any small comfort, even if it’s all we can do. When you are kind to me, you are kind to you.

As the Dalai Lama said, “Be kind whenever possible. It is always possible.”